I researched for a long time. “The Illustrated Apartments project deals with the architectural and aesthetic relationship in the Republican period, through the murals in the entrance halls of the sober and architecturally ordinary apartments in which we live, apart from the public buildings attached to the entrance walls of the Ottoman Empire At the beginning of the 20th century, especially after the October Revolution, the Belarusians mutually sold apartments in Istanbul‘Beyoğlu and Şişli, where modernization began, from these paintings, the first examples of which we saw upon arrival‘from Fatih district, from Beşiktaş to Sarıyer‘all the way to Istanbul‘spread observed. One of the most famous painters of the Republic era Naci Kalmukoglu, Ercumend Kalmyk, Hamid Gorele and Ibrahim Safi We see that many Turkish, Armenian, Greek, Jewish, Italian and Bosnian painters work in this field, as well as important painters such as This work consists of about 230 murals that I have recorded so far and 30‘It shows the work of an almost educated or naive painter. In the project, which includes art-historical comments on the dates, types and values ​​of the paintings, I add verbal explanations from the people interviewed in addition to written sources. 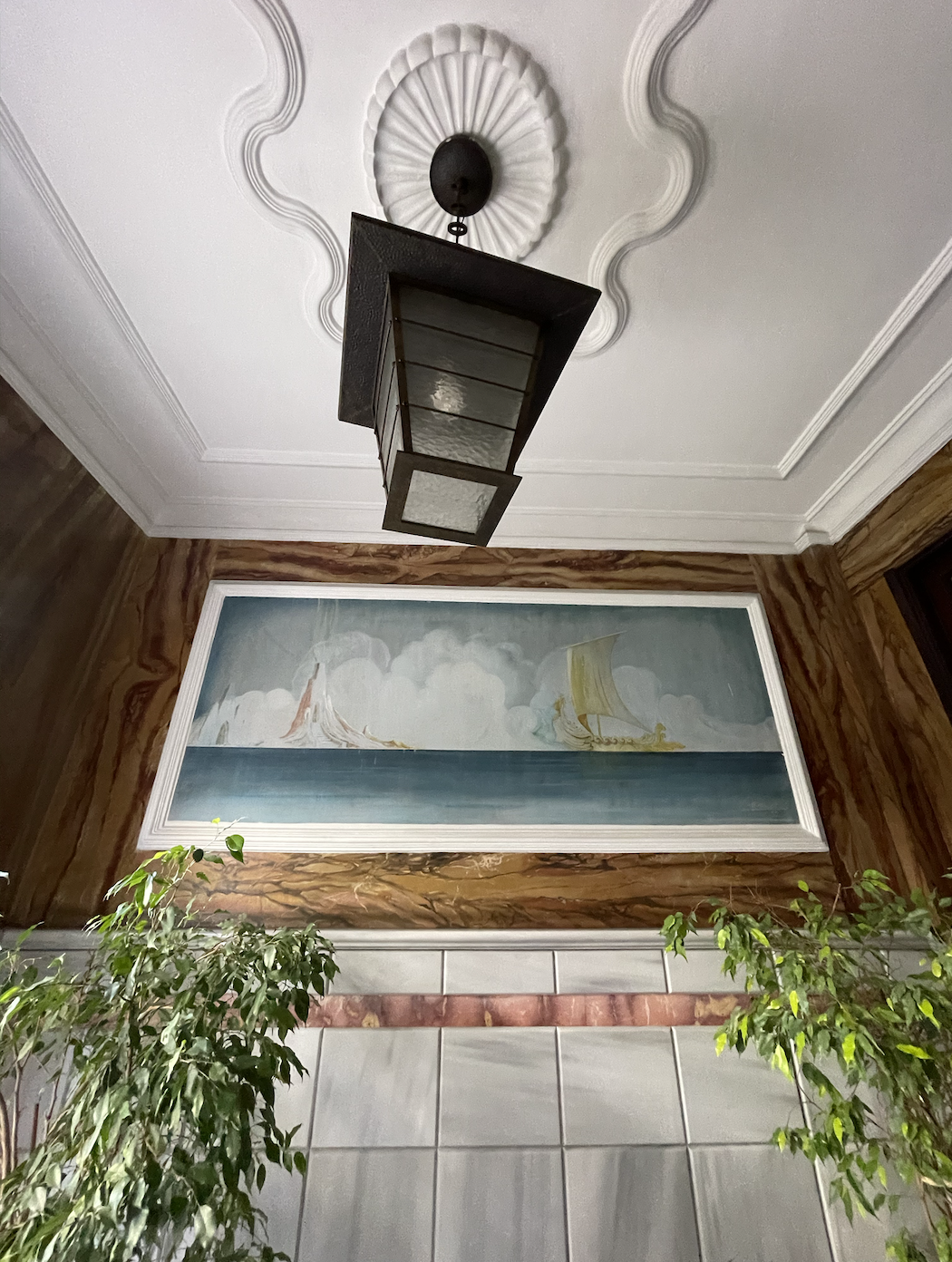 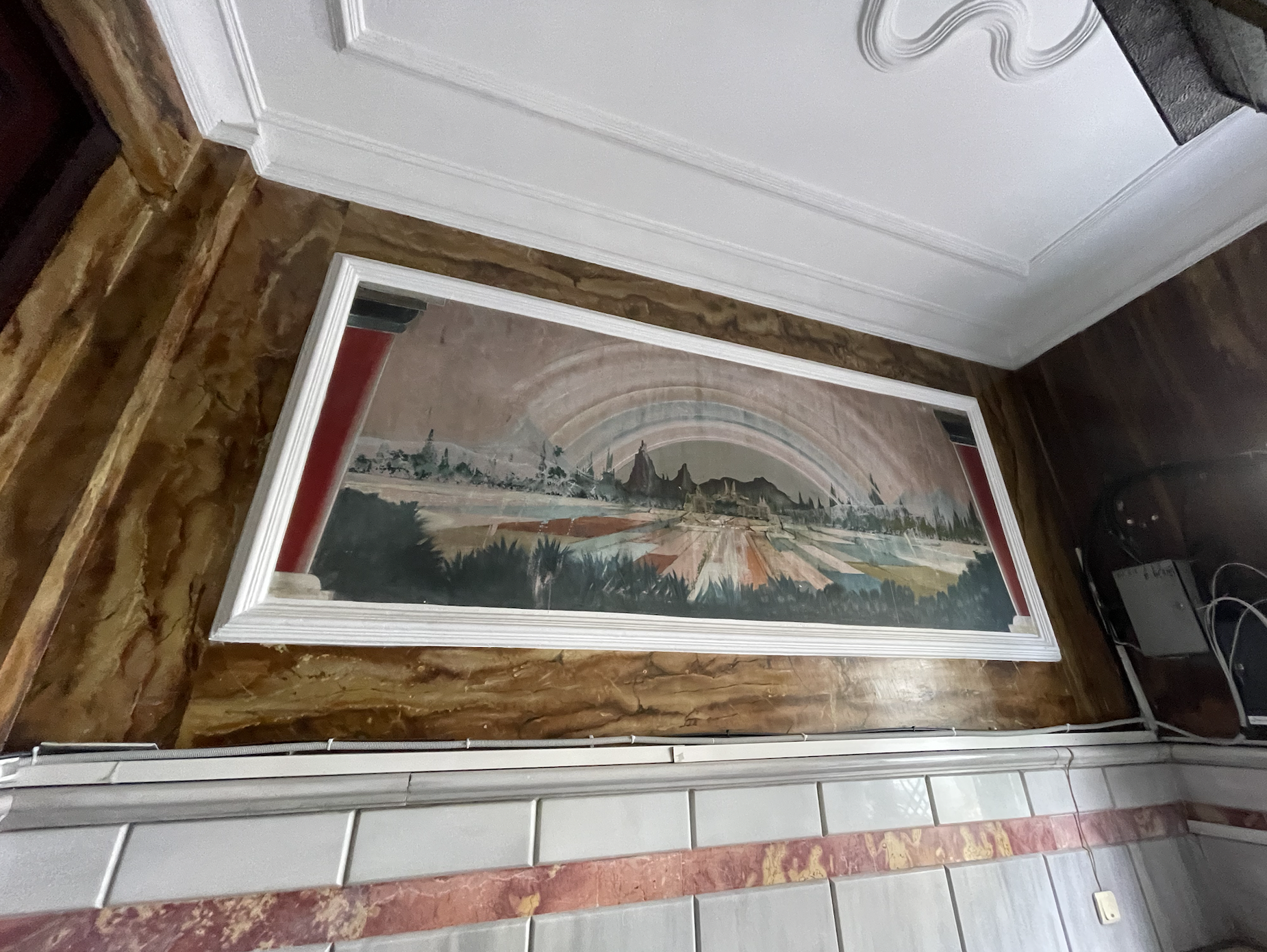 Today, May 19, 2021‘which I saw and recorded at the Platin Apartment on Cihangir Street. I. Zografos‘Flour (Greek Zagrafos “(it also means “painter”) I want to share the journey of the 1952 wall signature. As no academic study has been conducted on the signatures of painters I see on the apartment’s murals, the stories of these names can be found in oral history or by residents of the apartment, in newspaper archives or at auctions. “I can access the paintings sold as “signed paintings” by tracking them. Published in the newspaper Agos on 03/30/2022 “In the research process of the article “Signage Painters Mardiros-Haygaz Haytayan Brothers” Cevdet Mehmet Kosemen‘from “© Zografos in his work The Disappearing City: Hand Painted Signs and Architectural Details from Istanbul‘Greek school Galata from 1954‘We were speaking to Mr Mehmet on the subject when I came across the captured photo of the mural He said he knew nothing about the painter and was taking photos of the Greek School of Galata when it was being converted into an arts centre. My research on this topic is the Galata Greek School.‘Architect as I scrolled to Pinar ErkanDoctoral thesis from 2008 “reorganization‘Tan Republic‘I now knew that the mural paintings I saw on two opposite walls in the photo in the third floor hall of the north wing of the study “The Non-Muslim Community Schools on the Galata-Şişli Route” were made by I. Zografos I contacted Pınar and informed her about my research, other photos for her PhD thesis at the time. When I asked him if he made them, he said: “I remember the pictures. I even remember wanting to shoot straight but couldn’t do all of them because my camera lens wasn’t big enough. The kindergarten materials were still there. Carnet vs. was piled up. I remember being very sad.” A few days later, Pınar shared the photos she had with me. 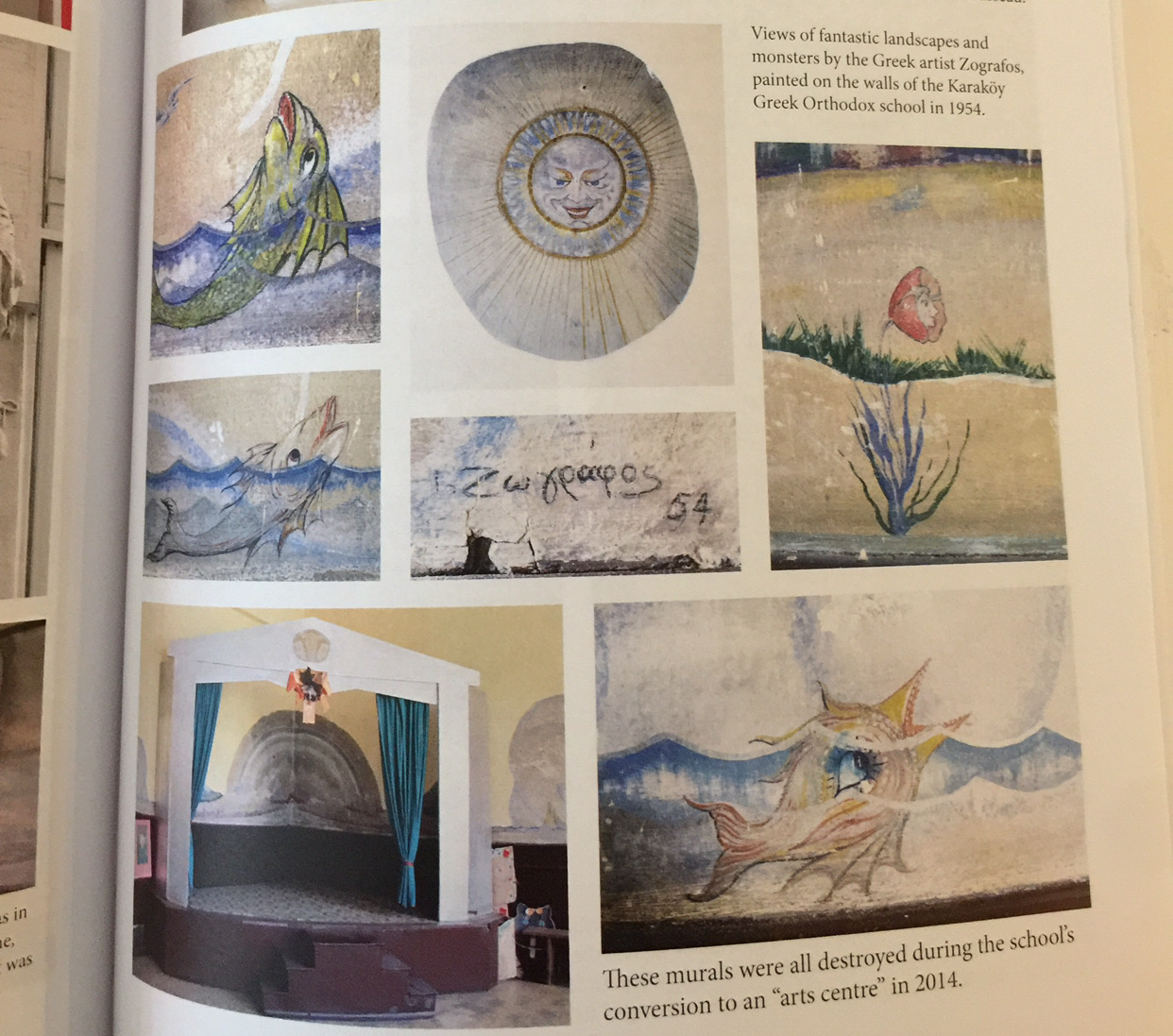 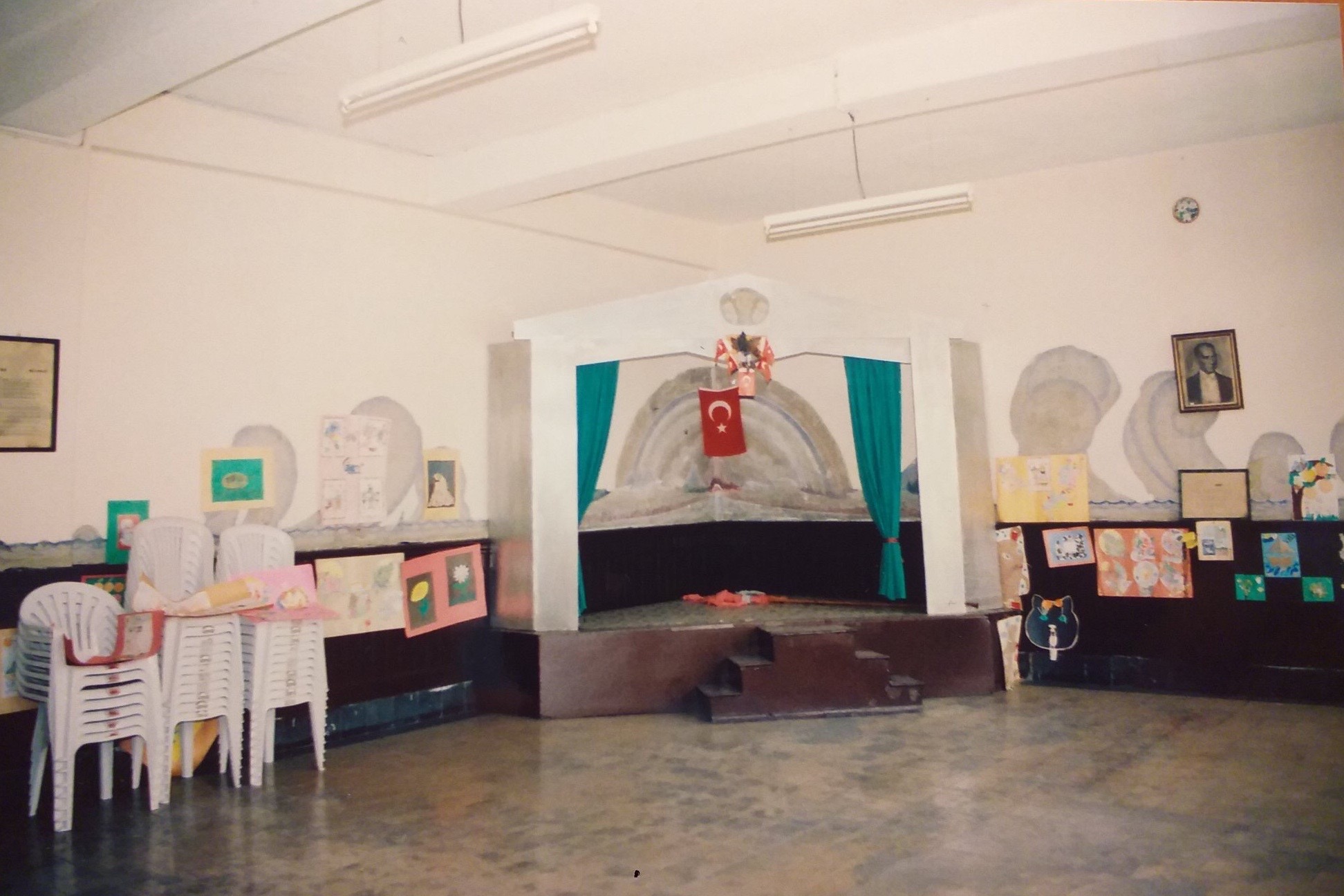 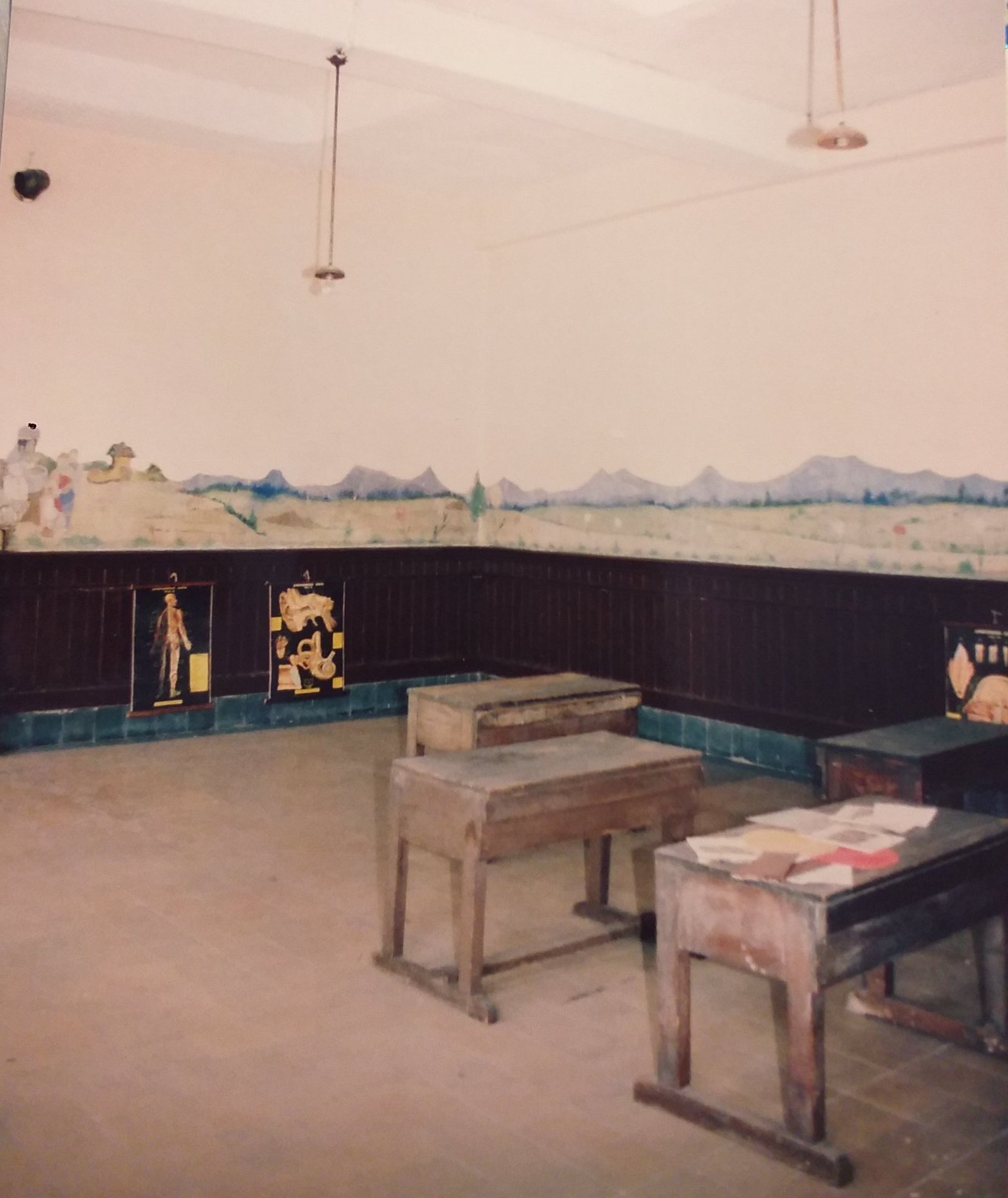 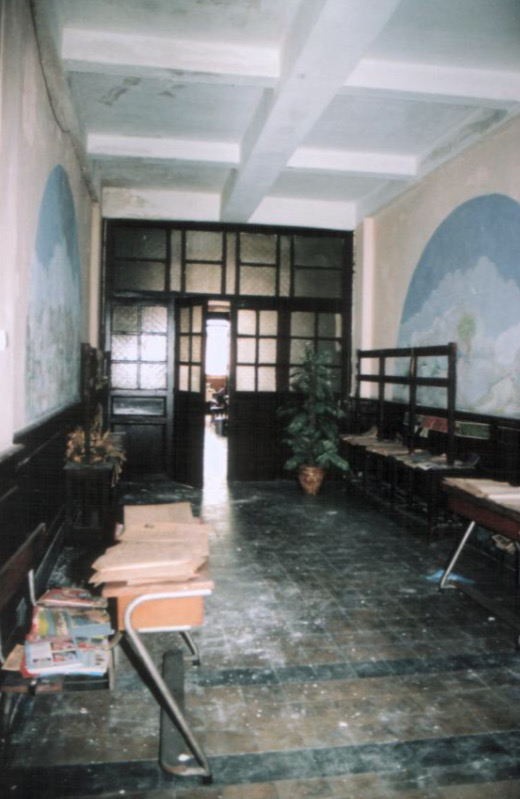 1853‘Exactly 30 years later, in 1883, after the Greeks of Galata had laid the foundation stone on their own.‘The school that he was able to put into operation in 1985‘Due to a lack of students, he pauses his service. 1989‘and four of them who are the source of income of the foundation and three of them are tophane.‘The building confiscated by the Treasury along with 7 shops in 1996‘Although it reopened in 2007, it closed entirely in 2007 due to being deprived of rental income. The building, which was returned to the Galata Greek Primary Education Foundation in 2012, officially closed for classes in 2015. 1st Istanbul Design Biennale, Galata Greek School‘We can say that it is the city’s premier cultural and artistic activity. Greek School Galata since 2012, İKSV‘Besides the biennials organized by the Istanbul Municipality, she has established many partnerships with various institutions, organizations and artists and organizes various exhibitions, performances and lecture series. As a participant in these exhibitions and biennials, I have never seen the murals in the building. For information on the topic Meri Komorosano When I spoke to him, I saw the murals in the building and the painter. I. I asked her if she had any information about Zografos and the surprising answer was Ms. Meri.‘came from: “I. The person you call Zografos is a painter. Vasilis Igomenis. Beyoğlu in 1978‘He had an exhibition at the museum, I couldn’t go, but I met him. He had a workshop on the street of the Greek Orthodox Church Aya Triada. 1990‘in Athens‘either way, 2006‘in Athens‘also died.“Galata Greek School‘He added that the murals in the building have been covered for protection and will be visible following the restoration work now underway. 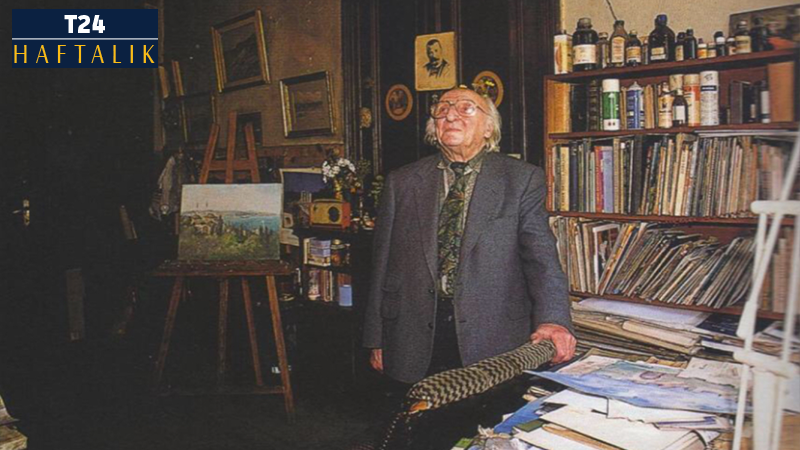 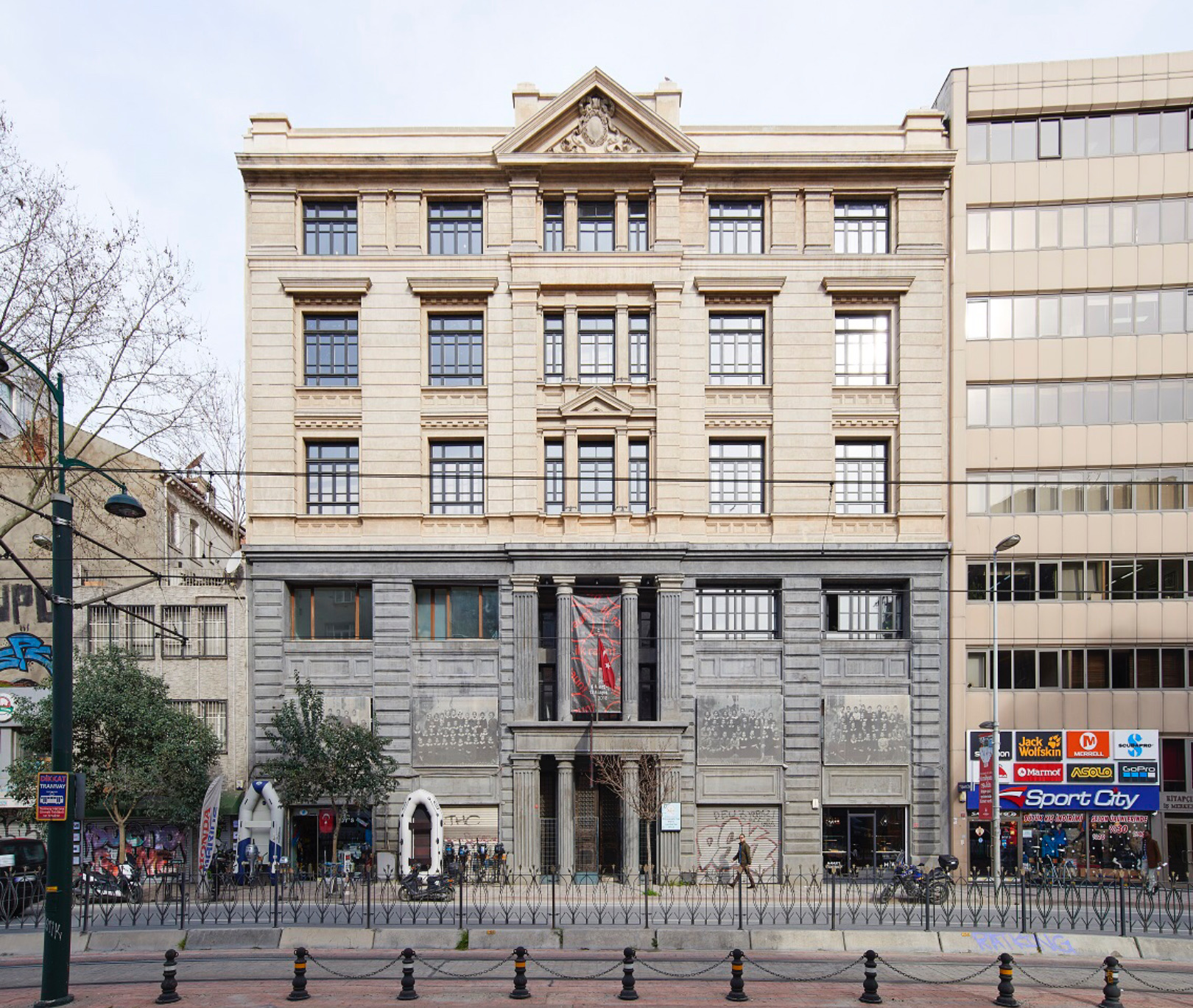 Based on the information provided by Ms. Meri, the research was carried out by İ. Zografos‘by Vasilis Igumenidis‘There is no information about Vasilis Bey in internet research. Writes the editor-in-chief Mayda sarees‘In the first issue of the new year, we had an interview about the illustrated Istanbul Apartments for Paros Magazine. The mural he wore on the cover of the magazine is located at Fatih, At Pazarı, Mıhçiler Caddesi. Osman Nuri Eralp‘It was a mural he made on the wall of his house. Among the photographs we used in the interview were the murals that Vasilis Igumenidis made in the Platin Apartment. 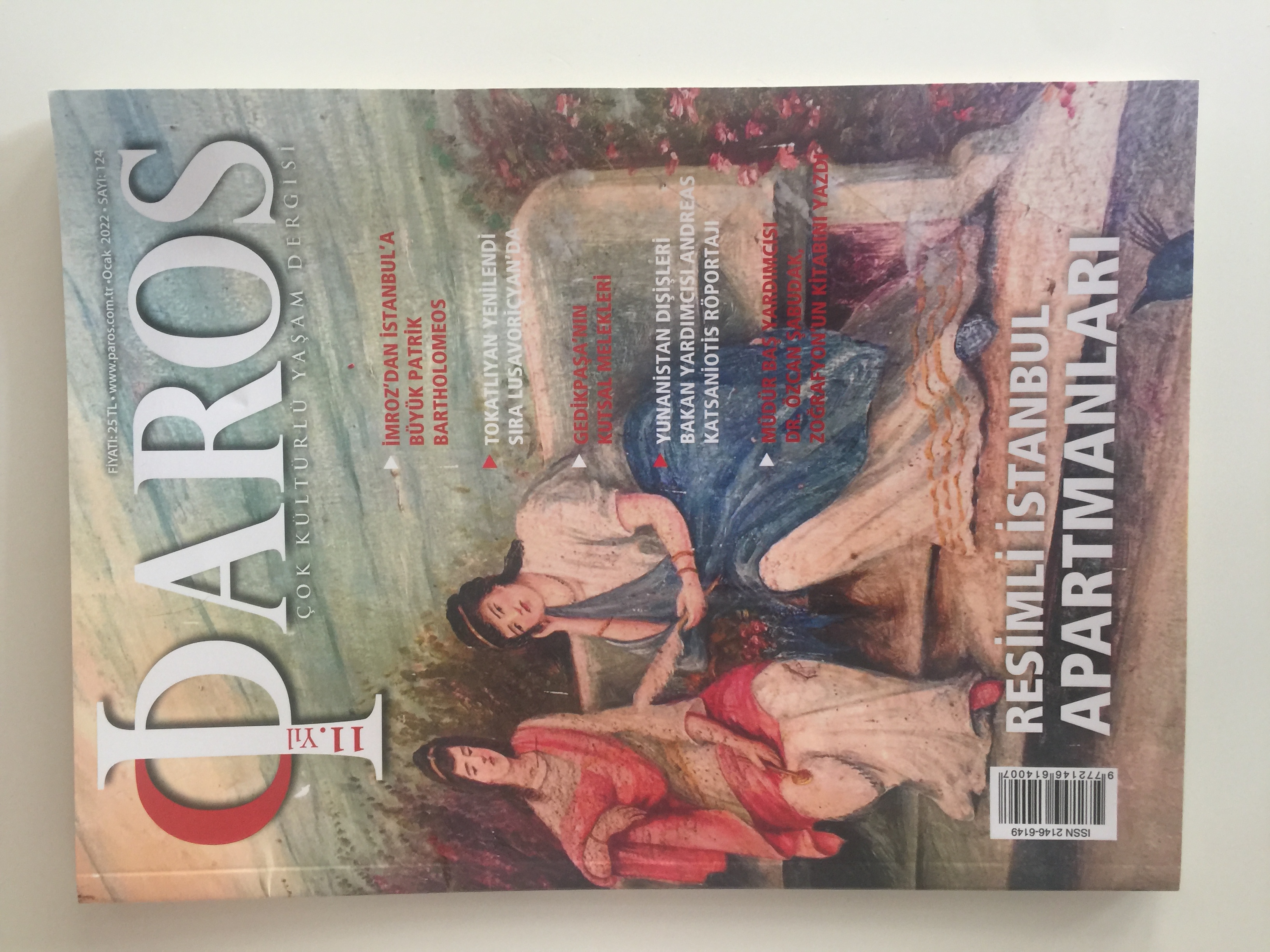 Once Upon a Time Publishing by Ms Mayda‘The book “Greek Painters of Istanbul” published by Byzantium‘Istanbul, which has since made significant contributions to Ottoman and Turkish culture‘A study that includes 520 examples of the biographies and works of nearly two hundred Greek painters from Istanbul who played an active role in the artistic development of Istanbul. Vasilis Igumenidis‘It’s the only source of comprehensive information I can reach.

“Vasilis Igumenidis (IGUM) (1917-2006), painter and decorator, was born in Istanbul. After graduating from the French school of Saint Michel, later Igumenidis L. Teschner and P FarinaHe also studied interior design. Igumenidis, who went to Paris between 1944-1947 and continued his education in the field of painting, mainly created oil paintings, watercolours, gouache and pastels on canvas and cardboard with social content and included landscapes, portraits, still lifes and religious subjects. The artist, who restored many ancient artifacts, buildings and monuments, also engaged in wood carving. Wooden furniture designed by Igumendis can be found in the Dolmabahçe and Beylerbeyi palaces. The works of the artist, who also works on sculptures, are in private collections in Argentina, Venice, Greece, Spain, Israel, Canada, Paris and New York in addition to Istanbul. In 1975, almost 220 of the artist’s works were destroyed in a fire in Istanbul.

Vasilis Igumenidis participated with his Impressionist paintings in group exhibitions in Istanbul 1950, 1965, Izmir 1953, Mykonos 1972, Istanbul 1968, 1983, 1986 and Greece 1987. Kadıköy Metropolithanesi Church, Fenerbahce and Tel Aviv‘In Istanbul, he decorated the buildings, especially Tokatlıyan, many hotels, the famous restaurants and pastry shops of the time such as Baylan, Ekspres, Haylayf, Philips, Roset, the famous Galatasaray Hammam and the Alkazar Cinema. In his works he applied the characteristics of the Renaissance, Louis 14th and 15th, Empire and modern art. The painter who decorated the Ses Theater (1958) also carried out calendar work. Istanbul, Ankara, Izmir and Tel Aviv‘He also described examples of glass ornaments. The artist, who died in Athens, made stage decorations for club and school theaters together with T. Muzenidi.“ 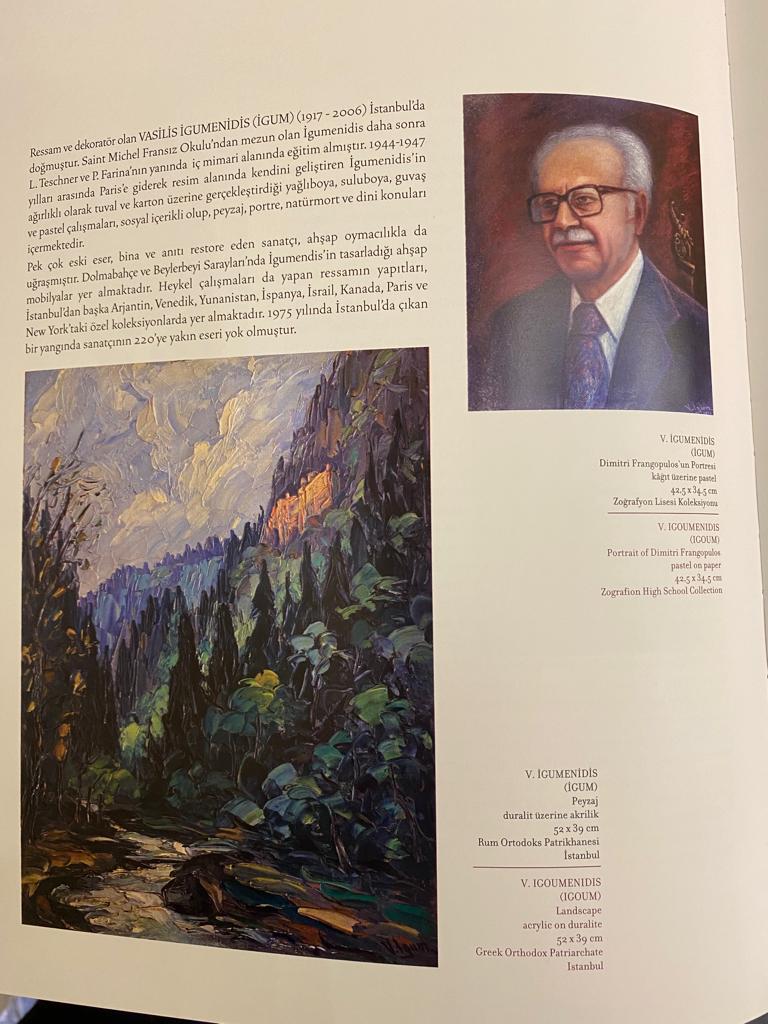 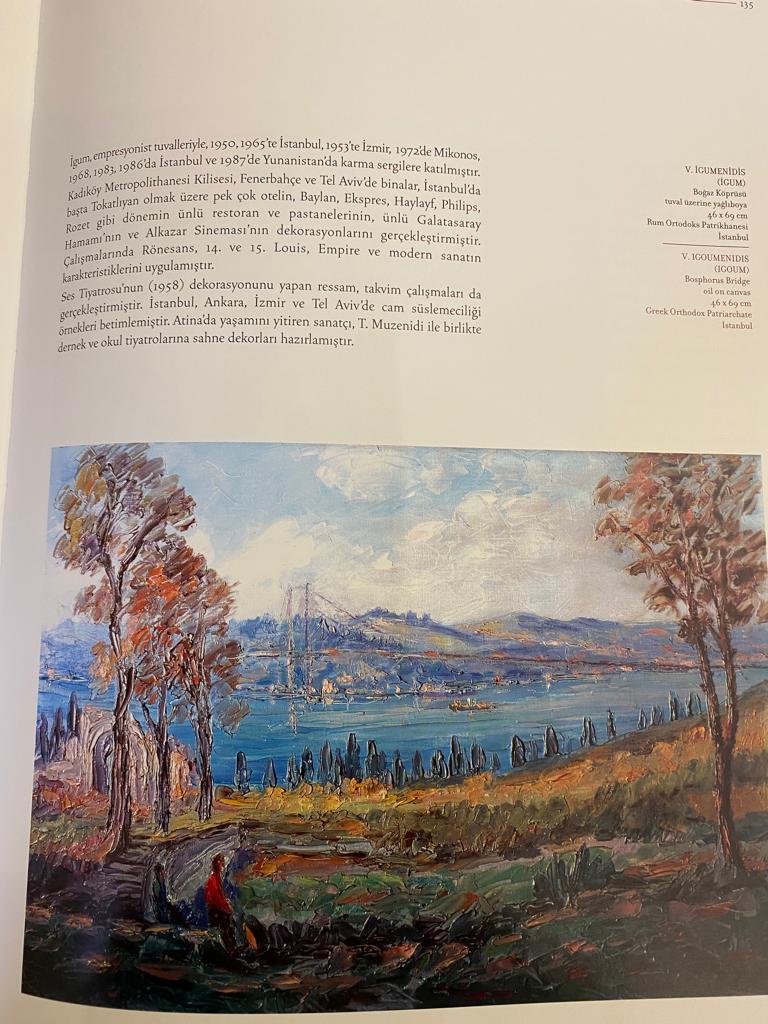 The stories of other painters, such as the Greek painter from Istanbul, Vasilis Igumenidis, await the day when they are written. Turkey‘This difficult process that Istanbul went through‘Our struggle to survive in the world makes us less sensitive and less aware of these issues. In a country where the hunger line begins and ends, debates take place. that’s so normal. Regardless of the circumstances, a trail that we see around us that has survived from the past to get rid of everything and follow the trails of another life, time, can allow us to feel the stuffy atmosphere of the time in which we live, get rid of and breathe. 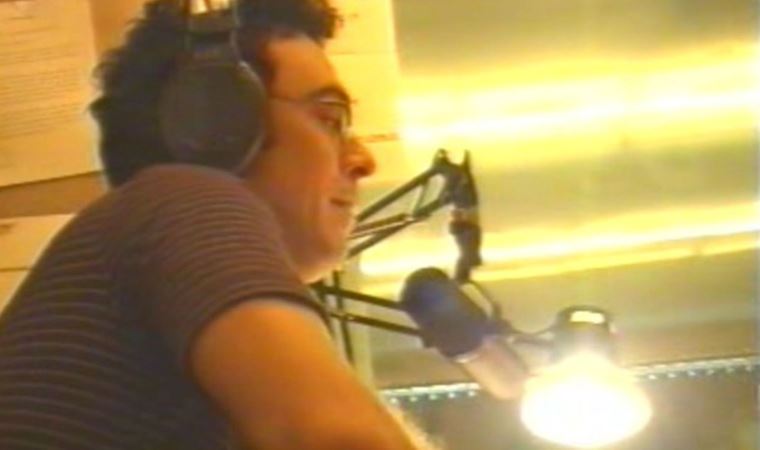 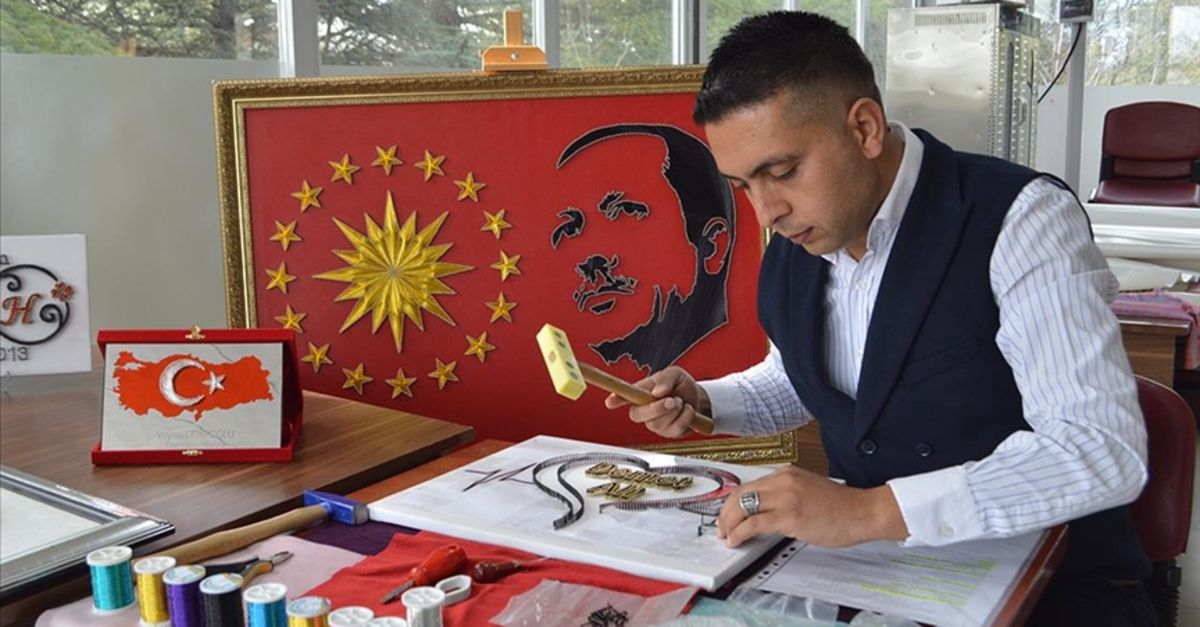 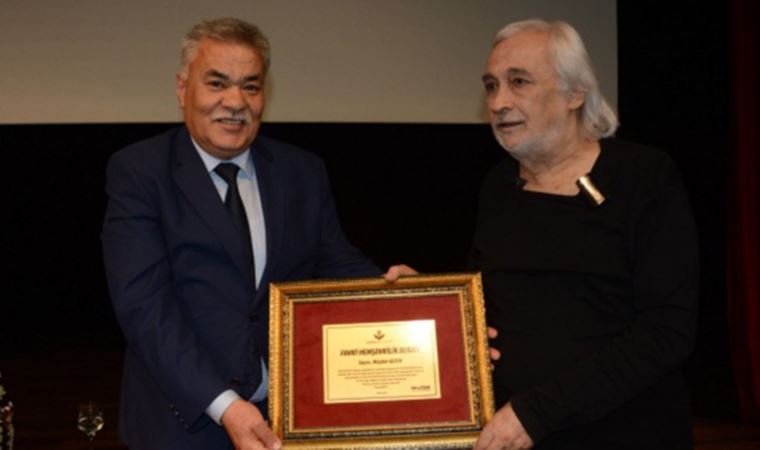 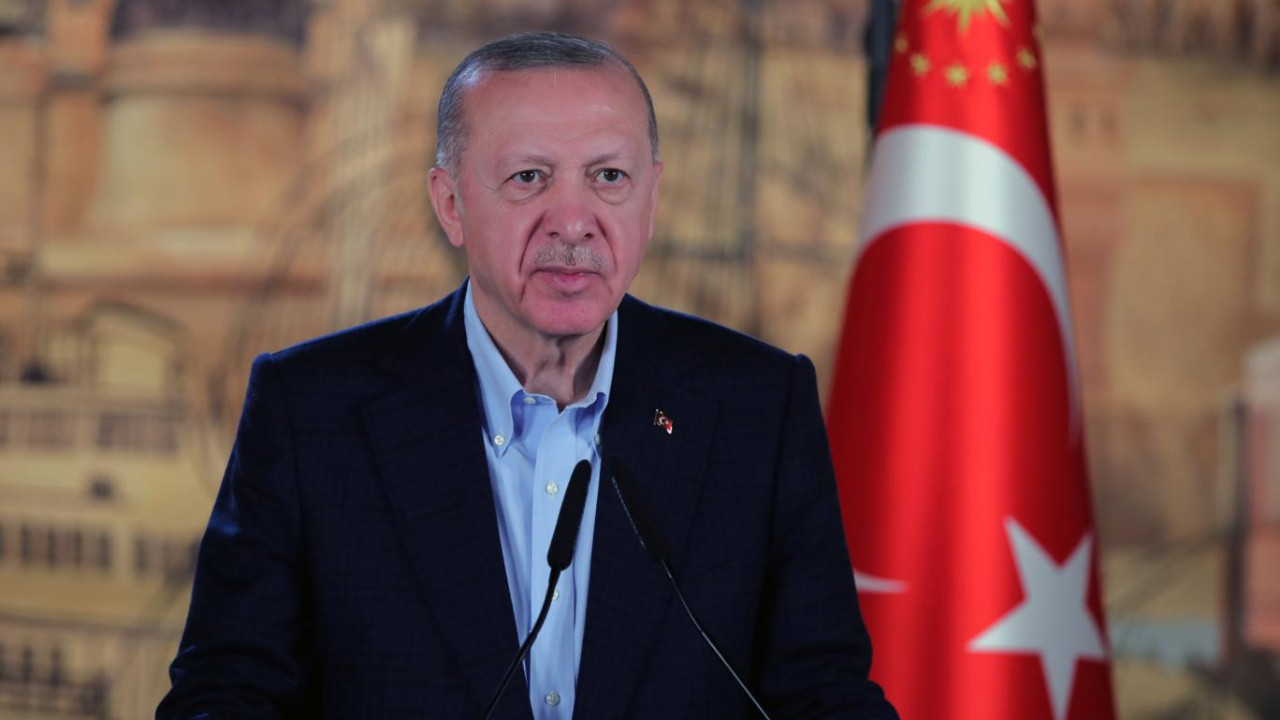 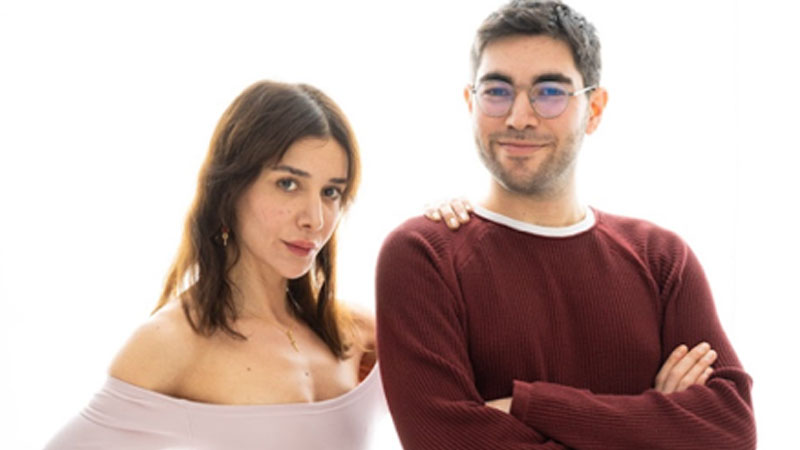 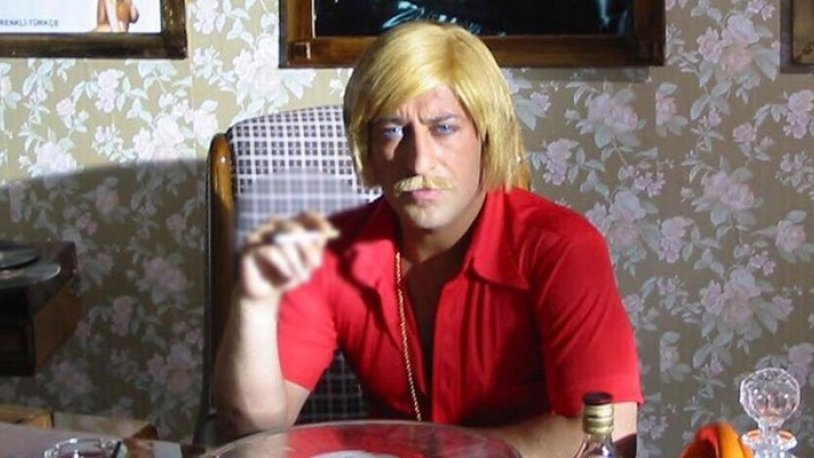 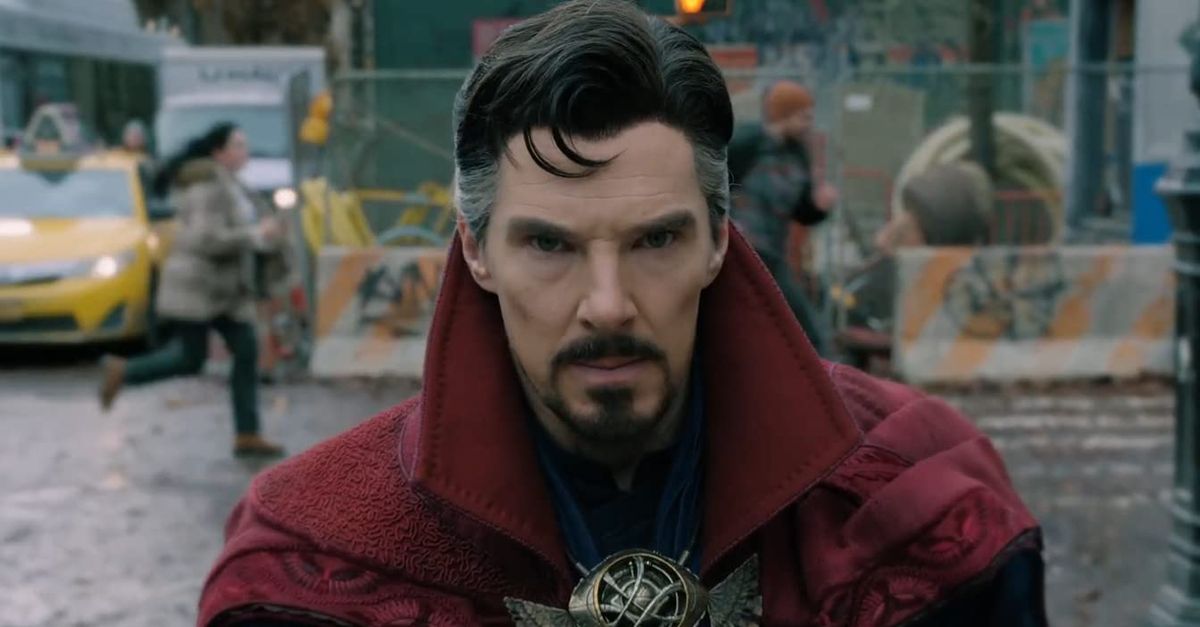 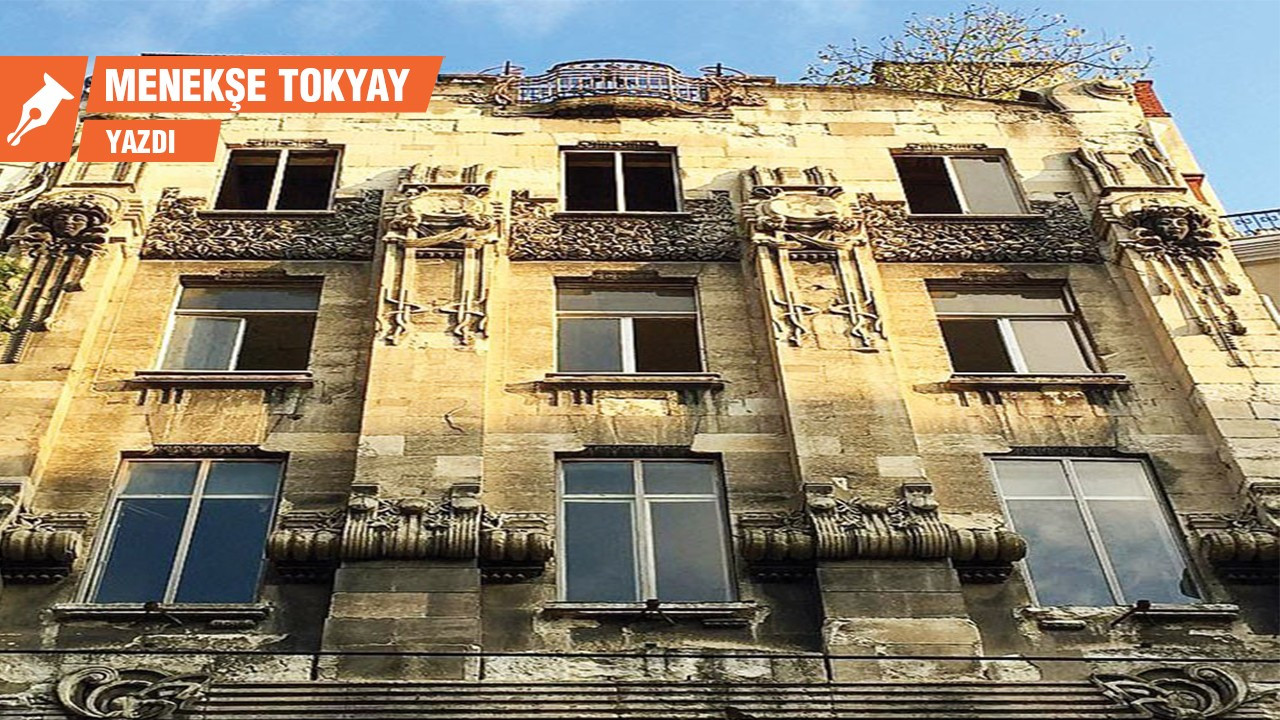 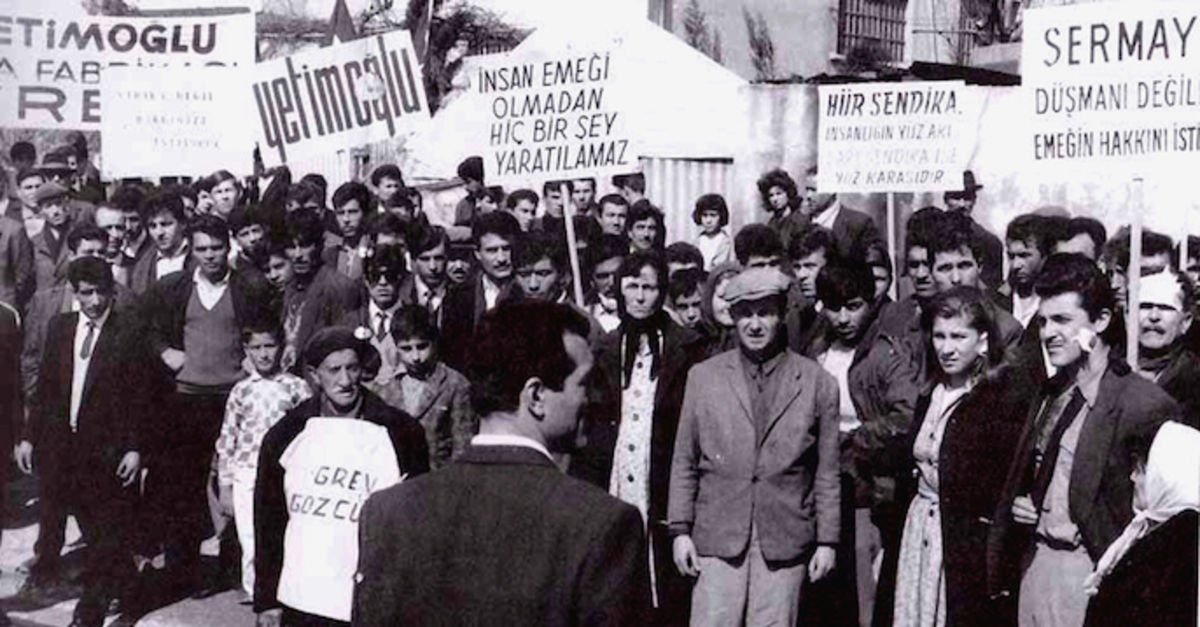 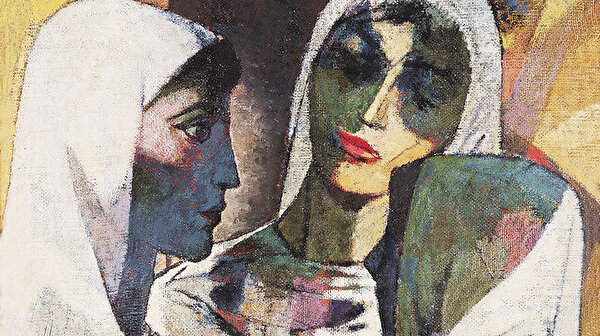