“Free of learned fears, the audience held its breath to listen to the silence of a madman for 18 years after afternoon prayers in a church where the sound of azan mingled with the voice of Komitas.”

I believe there is hardly a child who has not hesitated to step into a new and unknown world on the first day of school. These first days and even the first weeks of school are a painful process of change for every child, it is a great unknown and scares us like any “unknown”. It is natural. What is unnatural is that a child shudders above all at the architecture of the school.

The first day I entered the Armenian Feriköy School (Meramedciyan), it was the school’s architectural structure that frightened me the most. High reinforced concrete walls surround the garden, barbed wire fences attached to them and armored, imposing iron gates with huge bolt locks. It seems that either someone was trying to protect us from the outsiders, or the outsiders were trying to protect us from the outside world. Either there was danger outside, or we were the danger. My child’s mind couldn’t make sense of it, my mind just melted into “fear”. Maybe that was all that was expected of us. Eat, work, trust, fear!

There may be those who do not know; Minority schools are not exempt from the Department of Education’s curriculum and regulations. Every morning; Every Armenian child, like every Turkish child, reads Our Promise and takes social studies classes from teachers appointed by the Ministry of National Education, and of course learns official history from teachers also licensed by the Ministry. Fortunately, it didn’t hurt that science and art were exempt from official control of popular education. For this reason, teachers selected by the school administration can participate in courses that do not fall into the “national” category, such as Science, mathematics, foreign languages, painting and music, and these courses can be taught in Armenian.

When the Armenian child grows up and reaches high school age, like any Turkish child, they begin to learn “national security” from a ministry-appointed teacher, and when it comes to “divisive activities,” these two children who have been for years have worked carefully on the same curriculum, where both poles of a common feeling are confronted, the encounter process is completed.

The Turkish child has learned that the Armenians pose a threat to “national security” in these countries. He is afraid.

The Armenian child has learned that he is now seen as a “national security” threat in those countries. He is afraid.

The Line of Fear, which the curriculum has drawn perfectly, has Armenian children on one end and Turkish children on the other.

Last week I was watching a play where I thought about this and said, “Actually, we could have gotten rid of a lot of fears with a little touch of the syllabus.”
“Gomidas”

In a word, a great game!

Ahmet Sami Özbudak is the writer and director of this 85-minute, one-act play performed by the Yolcu Theater Company, of which Ersin Umut Güler is the founder. Fehmi Karaaslan plays Komitas. Fehmi Karaaslan’s magnificent acting is accompanied by the 40-piece Lusavoric Choir, conducted by (Baron) Hagop Mamigonyan, whose pupil I was proud to be many years ago, and an unforgettable performance, knitted in knots and knots, that reveals his care and sincerity in every detail, arises.

The play will be performed at Surp Vortvots Vorodman Church in Kumkapı. Knowing that Komitas once set foot in this church, across the Armenian Patriarchate, is enough to make you shudder before the game even begins.

The game I went to was the 4:30pm matinee. I don’t know if it was thoughtful and calculated timing, but exactly 18 minutes into the game something magical happened!

While we were just beginning to follow the story of Komitas, the afternoon prayers rising from the minaret of the Nalbant Mosque and filling the Vortvots Church blurred in one fell swoop the line of fear that the curriculum of the years had drawn between us.

The audience, free from learned fears, held their breath to listen to the silence of a madman for 18 years after afternoon prayers in a church where the sound of azan mingled with the voice of Komitas.

Turks, Armenians and who knows how many other nationalities saw the story of an orphan who came from the heart of Anatolia but went mad because he wasn’t allowed to put his head in Anatolia’s heart as if witnessing a ritual .

Komitas, real name Soghomon Kevork Soghomonyan, is a Kütahya-born Anatolian Armenian who was known as the “musical genius” of his time. After spending the last 18 years of his life in a psychiatric hospital far from his homeland and unable to recover from the trauma of being exiled from Istanbul to Çankırı with the Armenian intellectuals in 1915, he was settled between Kütahya and Eçmiyadzin dragged to place , Berlin, Paris, İstanbul and Çankırı, choirs wherever he was dragged.He is an idealistic musician, a religious man who finds confidence in sheet music. 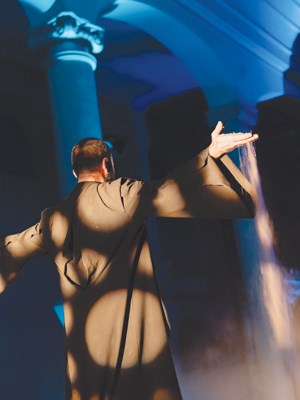 Komitas is a genius gone mad for grabbing the ground. Soghomon is an orphan driven insane far from his land.

We’ve heard from many who are confused on the fine line between genius and madness, but Komitas is different. It was majestic fear, not genius, that drove Komitas insane.

Losing his parents at a young age, he learned to fear life, from Armenian religious scholars because he sang love songs, and from the state because he was Armenian. During his 48 years of life, before he lost his mind, he was always scared and always intimidated. And now, with a play being kneaded in the hands of a Turkish director, he screams out his fears, handing over the skills of a Turkish actor, his music to an Armenian choirmaster and a group of binational talents backstage. He tells us so we can forget what the fear curriculum says. He tells it so we don’t go mad with fear like he did.
It’s over to tell. he is thirsty He takes his last breath.

The audience stands side by side. A single knot in the throat with no nationality. The audience is completely free of fear. Because sometimes it’s enough to meet in the pain of a single orphan, but it’s enough to heal the wounds of a century.

And Ahmet Sami Özbudak’s and Hagop Mamigonyan’s inksticks slide peacefully from olive branches to the ground.

And you can’t help but think; If the brilliant sons of the two communities could join forces and heal the wounds with an 85-minute one-act play… What if we had all gone through a training that gave us a chance to get to know Komidas, rather than wait to meet the to familiarize accumulated pain of Komitas?

For example, if we learned at a young age; That Komitas compiled 3,000 Anatolian folk songs and created a rich collection, made unique contributions to Ottoman culture and made the voice of Anatolia known to the world.

What would have happened if they had told us in elementary school III. The story of Hamparsum Çerçiyan who developed a system of notation to record Turkish music during the reign of Selim I?

If we spoke without hesitation, our mother of stories, Adile Naşit, would be Armenian. How about if everyone knew?

If we could have studied Balyanlar, the architect of nice inns and mosques, in a few hours.

If only we had known Agop Dilâçar and many linguists like him who have dedicated their lives to teaching Turkish literature.

If one of our reading assignments was Peyami Safa, one would be Hagop Mintzuri or Zaven Biberyan.

For example, if there is a book by Mıgırdiç Margosyan in the list of 100 essential works of the Ministry of National Education. (May his soul rest in peace with Yaşar Kemal…)

If the Armenian child had learned that his own ancestors had become known as an ancient society that left important marks and great names in the cultural heritage of Anatolia with their art and work, not as a threat to national security in these countries. If he wasn’t afraid.

If only the Turkish child could recognize the Armenian as a member of an ancient society whose art and work left important marks and great names in Anatolia’s cultural heritage, not as a threat to national security. If he wasn’t afraid.

Would not it be nice?

For example, if we all listened together; the songs of Samuel Agop Uluçyan, aka Sami Hazinses, who has a place in hearts both with his acting and his compositions. If only we could remember him by his real name, his true identity.

If only we had sent our greetings to Tatyos Efendi in one lesson. When I’m in the dimple, Deva Bullam would ring the bell in the classroom instead of Müzeyyen Senar’s voice, instead of the national security teacher. I have a dimple, I can’t find a cure
I’m weird, I’ll never find a home
It is my fate that I always suffer
I moan, I never find relief
What if the syllabus had said, “See also Komitas”?
What if one day our blackboards read Our Lesson: Music, Theme: Komitas?
Would not it be nice?
Wouldn’t we find healing on these tablets?
Wouldn’t a curriculum built on bringing together, not frightening, be good for all of us?

Wishes are from yesterday, our hope is from tomorrow.

our hope; of an educational program that will cooperate and heal many Samis, Emotions, Hagops, Fehmis, Sonyas, Ersins… and Art that always resists in peace. 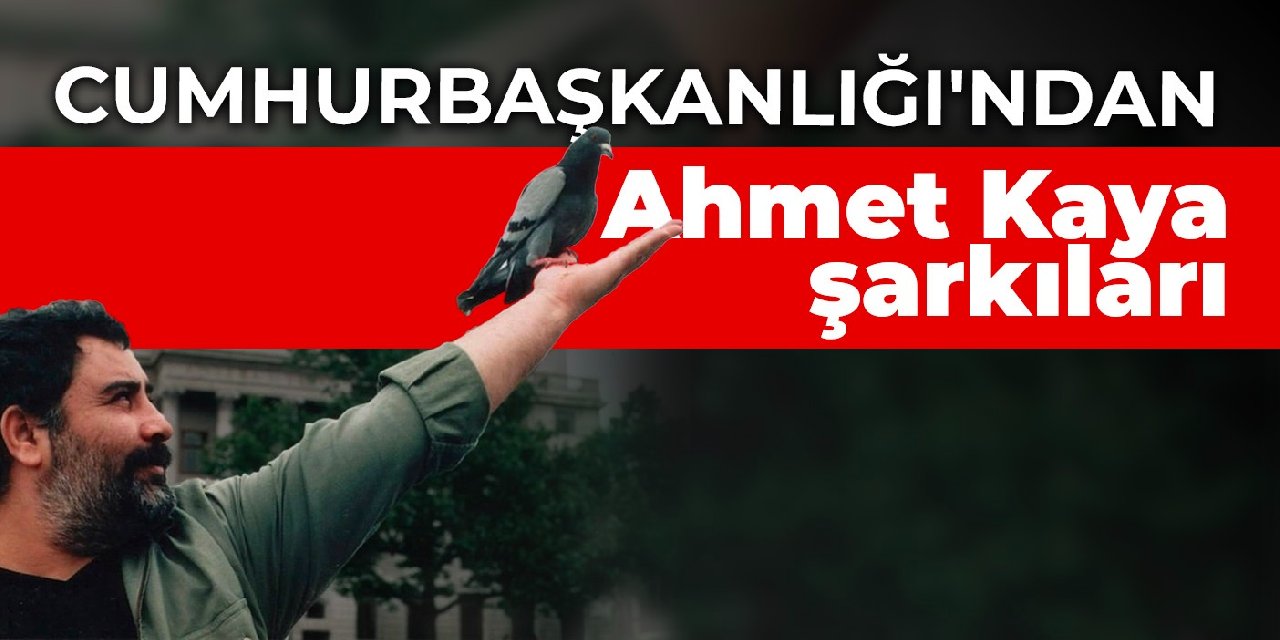 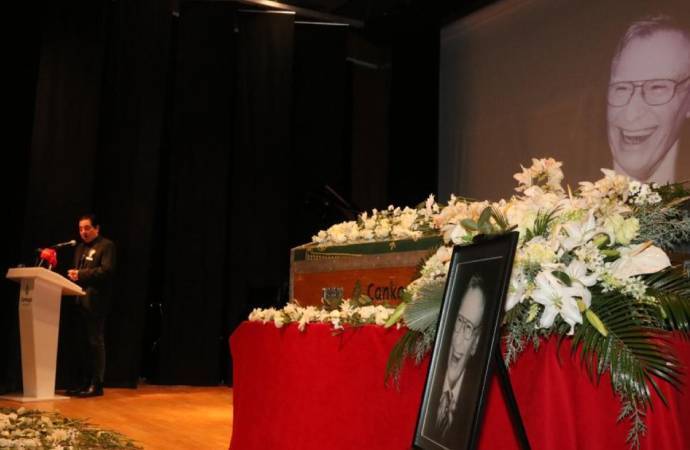 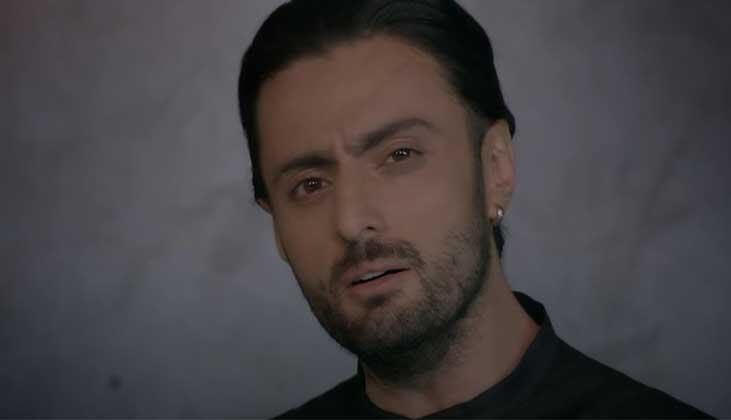 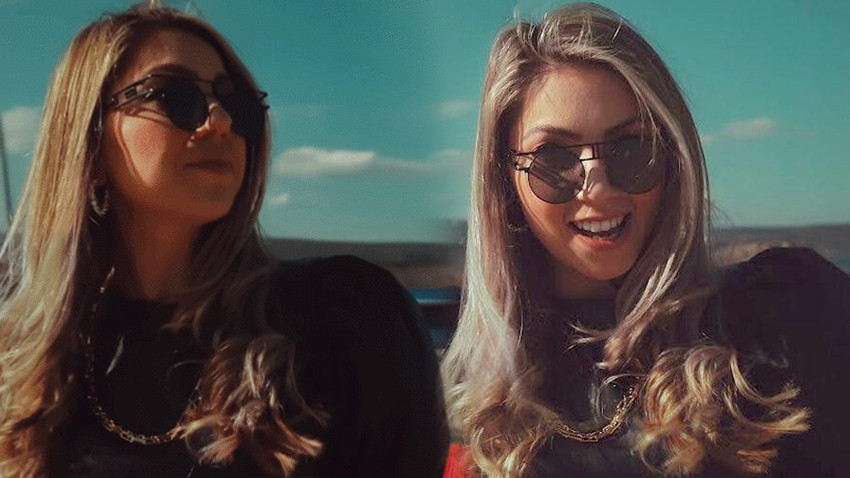 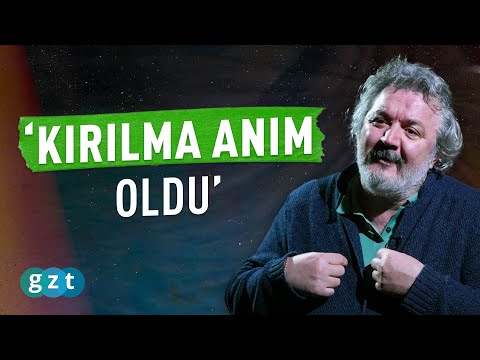 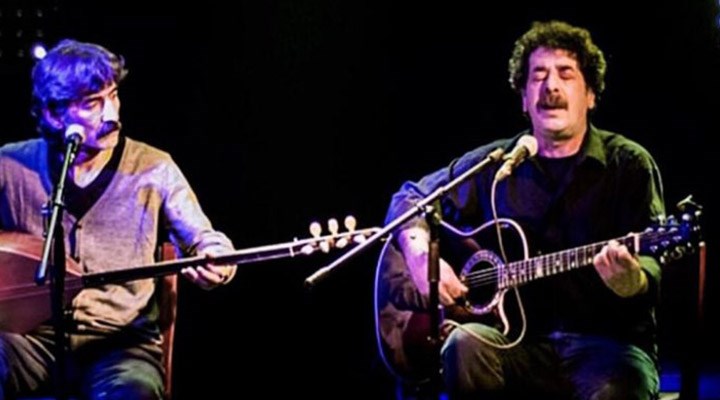 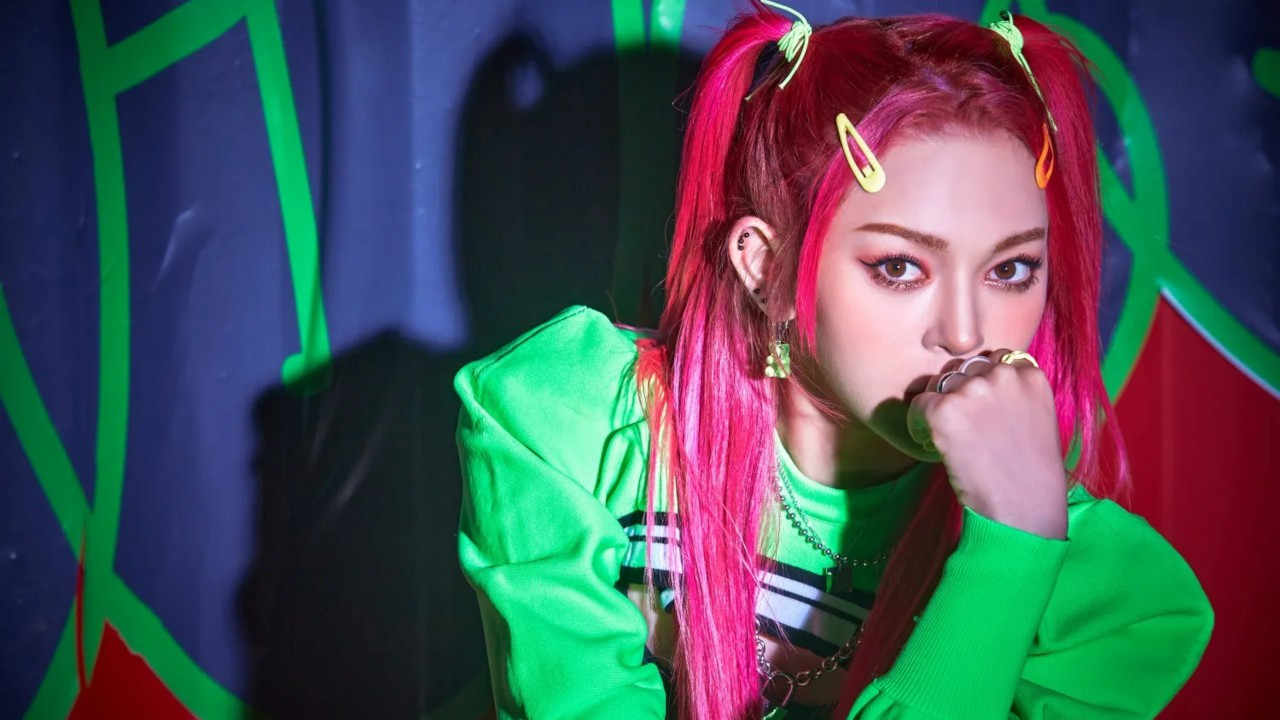 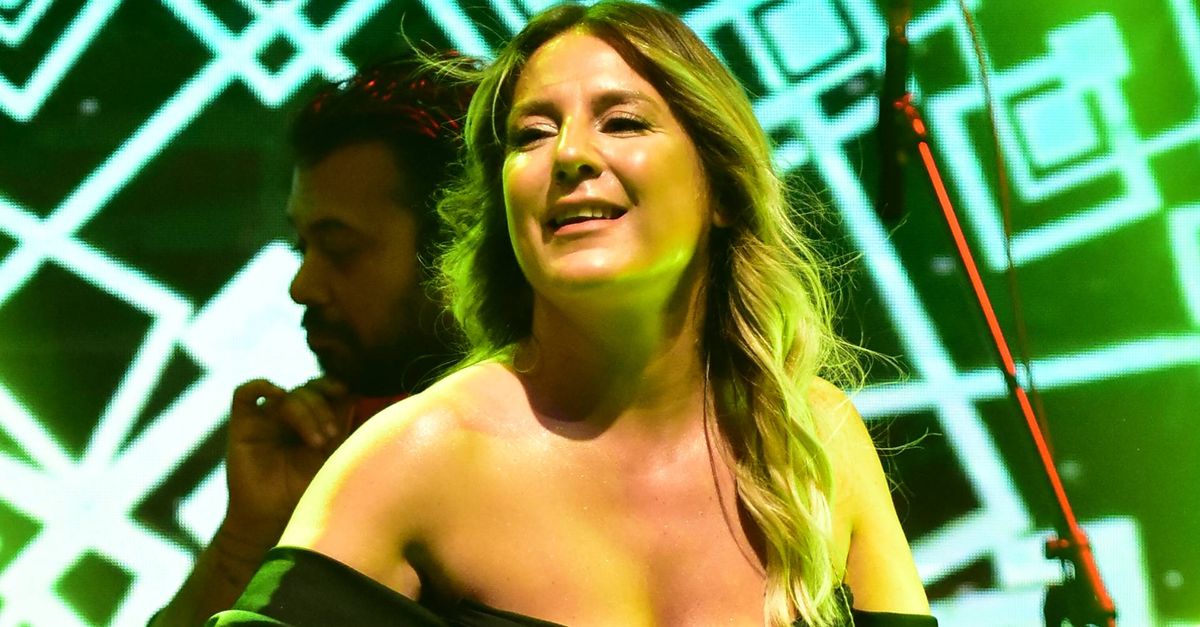