Did you know that the name Wladyslaw Szpilman was actually a musician who lived when he witnessed the massacre of German Nazis during World War II in the Roman Polanski film The Pianist? Let’s take a closer look at who is Wladyslaw Szpilman, who witnessed firsthand one of history’s greatest tragedies.

The Pianist, a 2002 film directed by master director Roman Polanski, received numerous awards in its year of release, receiving full marks from audiences and critics alike. The film about the massacres of German Nazis in all corners of Europe, especially in Poland, during World War II, actually a real musician named Wladyslaw Szpilman tells his life story.

Wladyslaw Szpilman, a Polish Jew, was one of his country’s most important pianists. His life, like many others, was turned upside down by the German invasion of Poland and he witnessed tragedies unimaginable until the end of the war. In the film The Pianist, we saw their experiences in all their realities. Who is Wladyslaw Szpilman, what has he experienced? Let’s take a closer look.

Who is Wladyslaw Szpilman?

Wladyslaw Szpilman was born in Poland in 1911 to a Jewish family. Szpilman, who was considered a successful pianist from an early age, He went to Warsaw to study music. Then he moved to Germany and studied piano and composition at Belin Art Academy and developed his talent with knowledge.

Wladyslaw Szpilman, who had the opportunity to work and get to know important names like Franz Schreker, After the National Socialists came to power in 1933 He returned to his native Poland. Szpilman began working for the Polish Radio and soon became one of the country’s most important pianists and musicians.

On September 1, 1939, when the Nazis invaded Poland, the Polish Radio building came under fire. the last notes from the radio It came from Wladyslaw Szpilman’s fingers. After the occupation, Szpilman and his family, along with most of the country’s Jews, were deported to the area reserved for Jews by the Nazis, known as the Warsaw Ghetto.

Wladyslaw Szpilman inadvertently began working as a pianist in the favorite haunts of wealthy Jews, who were his Nazis and collaborators, in order to at least buy the groceries his family needed. who invaded his country in Café Nowaczesna and similar places. Szpilman, who had to play music for the Nazis and their followers, He later got help from the people he met during that time.

Although the Nazi invasion of Poland was completed in a day, its impact was not felt immediately. Jews living in the countryside first outlawed, then sent to the Warsaw ghetto. What happened in the ghetto was even more painful than what was described in the film The Pianist. Of course, the Nazis’ plans were far more gruesome and were soon put into action.

Massacre of Jews begins in Poland:

The Nazis’ goal was not to invade a country and brush aside its citizens, they wanted to kill them all; so it happened. Until the summer of 1942 Along with all the Jews living in the Warsaw Ghetto Wladyslaw Szpilman and his family were also expelled to Treblinka. Treblinka meant death.

The Warsaw Ghetto was one of the places that experienced the most intense effects of World War II. Jews living in the region were put on trains. before they were sent to the death camps They were beaten, raped and killed in the ghetto. All buildings in the Warsaw Ghetto, which was intensively bombed, were either destroyed or badly damaged. In this ghetto, Wladyslaw Szpilman tried to survive for years.

A lonely pianist in the ruined streets of the Warsaw Ghetto:

Almost all Jews living in Poland, especially in the Warsaw ghetto, who did not cooperate with the Nazis were taken on trains to death camps. Only Wladyslaw Szpilman remained in the ghetto. Szpilman, who was struggling to live in the ruined streets of the Warsaw Ghetto and hiding from the Nazis until the winter of 1945, somehow managed to survive in Café Nowaczesna and similar places with the help of many people he knew.

As we got into the winter of 1945, there was an event in the film The Pianist that moved us all to tears. In a destroyed villa of the Warsaw Ghetto Wladyslaw Szpilman sits in front of an out-of-tune piano He encountered one of the German Nazi officers who had invaded his country. When the officer asked him what his occupation was, he said he was a pianist, and then the officer asked him to play a song.

Wladyslaw Szpilman, who had lived through the worst days of the war, lost weight to the point of death and almost lost his mind, sat down at the piano and faced fire on the day of his country’s invasion, the last tune that came out on Polish Radio the fingers. He played Chopin’s Nocturne. The Nazi officer gave him enough food and clothing to survive for a while. Just as he was about to leave, Wladyslaw Szpilman took his hand and said these very words:

“I never told you my name; You didn’t ask me, but I want you to remember. Who knows what could happen? You have a long way to go home. If I survive, I will definitely work for Polish Radio again. If anything happens to you, if I can help you in any way, remember my name, Szpilman, Polish Radio.”

The bad guys don’t win forever. The war is finally over and the architect of all this carnage The Nazis were taken to camps as prisoners of war. The Nazi officer who saved the life of Wladyslaw Szpilman was also in one of these prison camps and died there. Just like in the film, he tried to reach Szpilman, but to no avail.

Wladyslaw Szpilman after the war:

Finally, when the war ended and Poland began to return to its old age, Wladyslaw Szpilman began He started working again at the Polish Radio. He composed many new compositions and gave countless concerts. After his concert tour in 1986, he decided to devote himself entirely to composing.

Wladyslaw Szpilman was one of his country’s best-known musicians when he died in Warsaw in 2000. Afterwards his autobiography was translated into German and English and adapted into the film The Pianist The name of Wladyslaw Szpilman was heard around the world. The sad thing is that the name of this master musician was not even known in Europe until the film.

The Pianist film and trailer about Szpilman’s experiences:

We saw the true story of Roman Polanski in The Pianist. Who is Wladyslaw Szpilman? We answered the question and talked briefly about the life of this master musician. Hoping that these events, which have left countless black marks on history, will never be repeated. 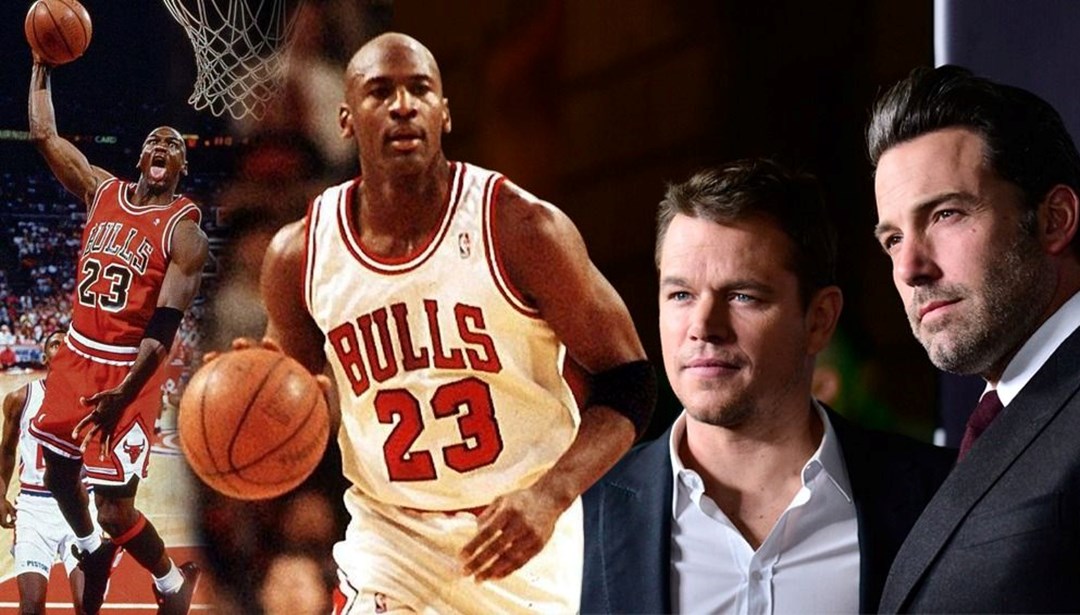 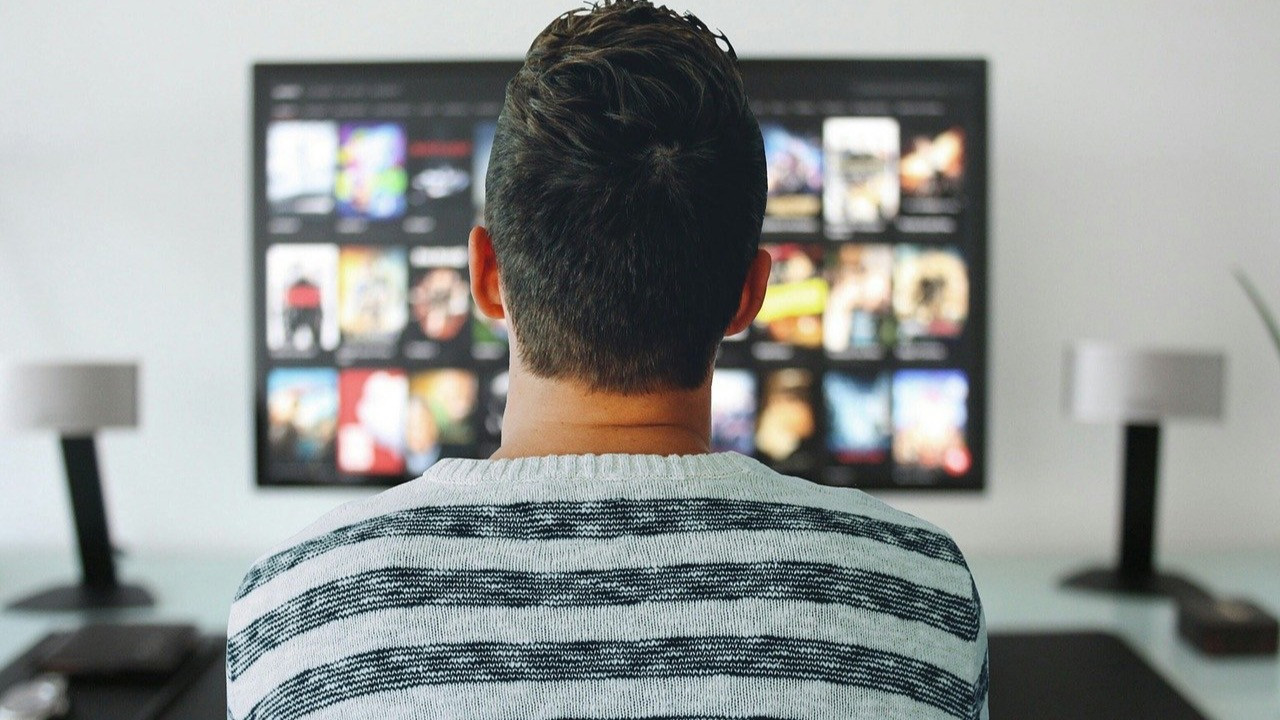 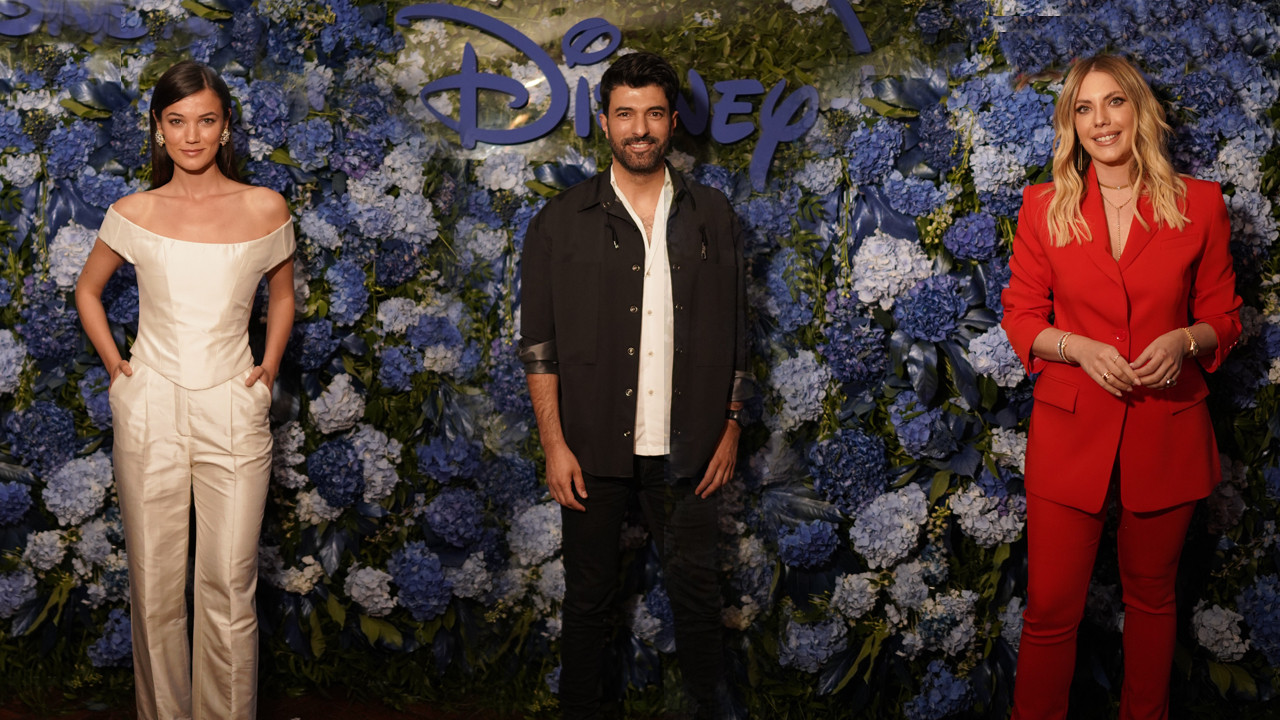 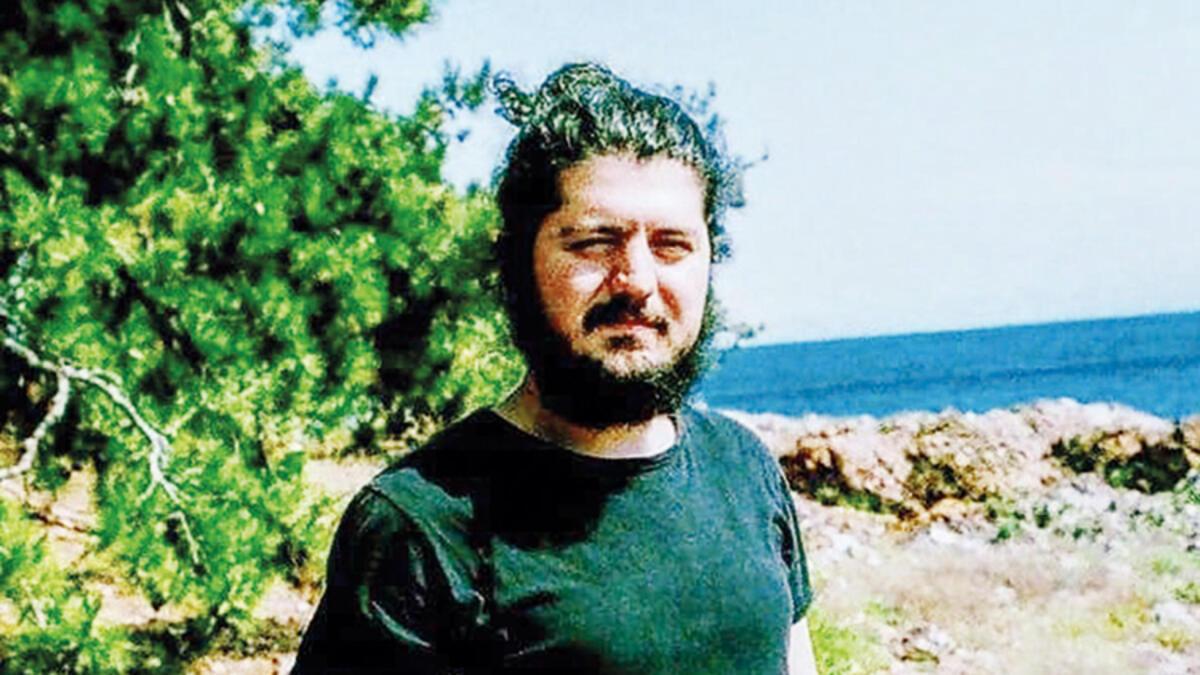 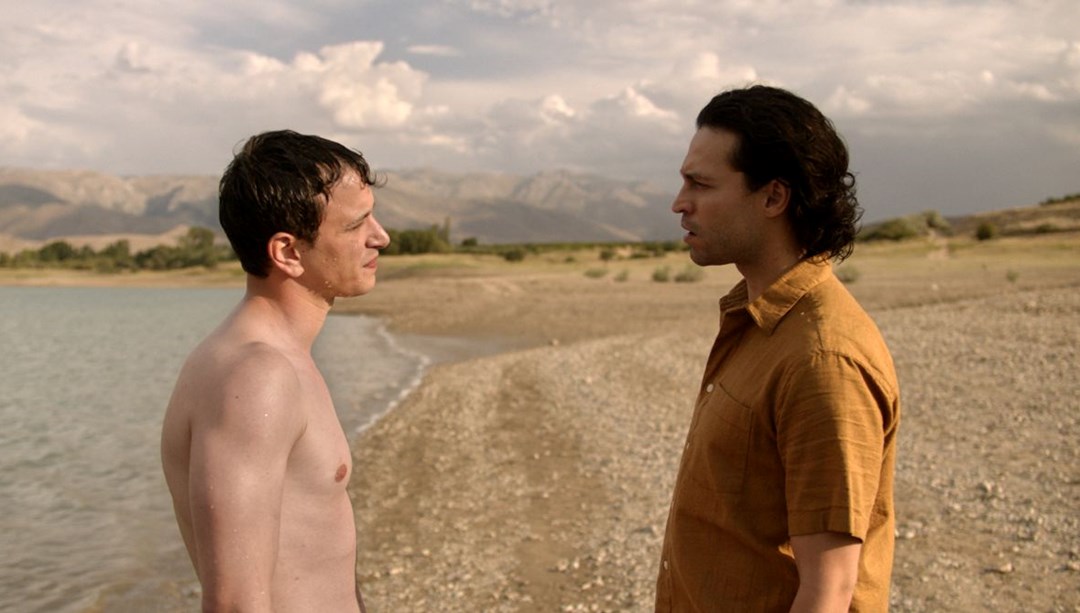 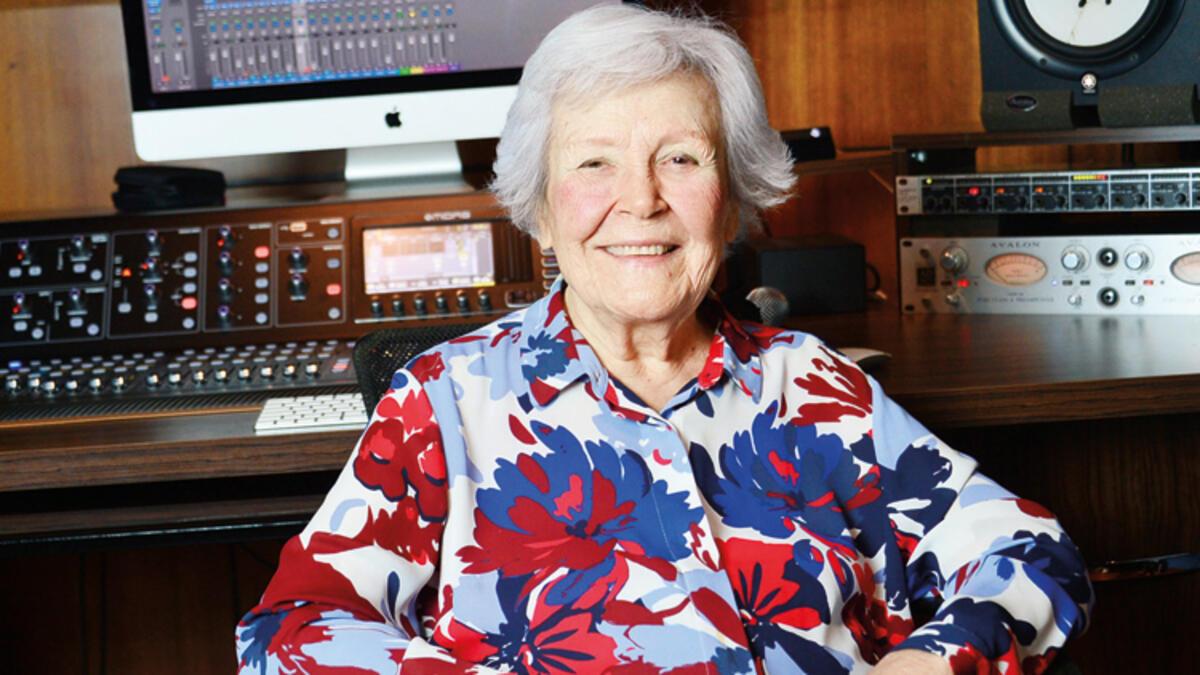